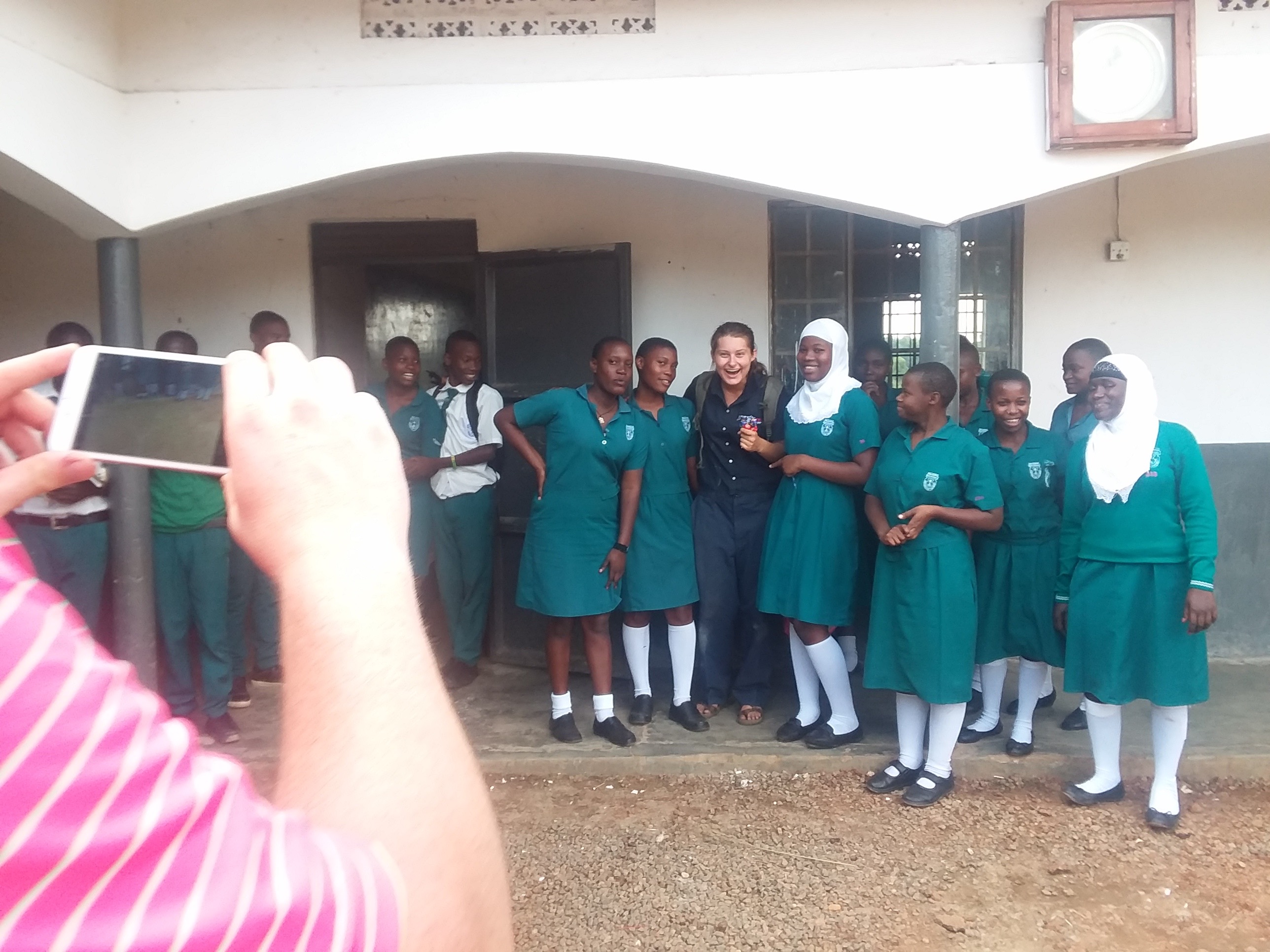 Word of the day: Happy

Happy. It’s one of those ordinary words that we’ve become desensitized to. I mean, it is not as grand as elated, radiant, or delighted. However, if I could describe how I feel about my first visit to Bujuuko I would definitely choose a word as pure and simple as happy. IT WAS LITERALLY A PARTY.

I made a vital mistake entering this study abroad. Initially (I think this is a common misconception), I thought since the students had less they would have less to work with and do less. Tell that to Vanessa who speaks 4 languages to my 1. These kids are nothing short of motivated and brilliant. They’ve done so much with what they’ve been given. They are imaginative to say the least. As I watched each special performance, I began to realize that these kids could go off and be real rock stars. They are not discouraged. They are fierce, intelligent, and most importantly happy.

Word of the day: Faith

“You are the light of the world”

I saw God in a 3 room shack in the middle of the slums of Katwe. Perhaps a stronger presence than any church service I have attended. Walking through Katwe disturbed me. Trash littered the streets. Infants roamed the red clay furiously waving as we passed. I wanted to take them all home with me. Women stood outside concrete huts, sweating in their long, flowing skirts as they cooked in their doorways. Their roads were dirty, animals roamed around thin as stalks, and I had to walk by as if this were normal to me. As if this were acceptable and not a crime against humanity.

I became angry, I wondered where God was. I was about to find out. Robert built the “Queen of Katwe” project [SOM Chess Academy] from the ground up. He was an ordinary man, but accomplished extraordinary things. His pupils were asked “where would you be without this program?”

The collective answer was “hopeless”. Robert had changed thousands of lives. The spirit of God sat with us there.

It’s very easy to say God isn’t on the streets of Katwe. When I became angry and asked where God was and why he wasn’t there to help I realized the answer was simple. God worked through Robert. God worked through Alison and all the people making Uganda a better place. God had sent aid to Uganda. He sent Sadat, Emma, and he even sent me. He sent every single one of us as a light unto the world. Maybe it was time I took that mandate more seriously.

Word(s) of the Day: Happy Birthday!

Prof. Alison: “Everyone in Uganda”

I had the greatest birthday in all my years. I planted beans and the children sang to me and gave me suckers. In the evening, we had dinner. Omar made me a sign and Mandy made me a cake. I muscled through the entire thing without crying. Everyone was brilliant.

Even so, many of my friends messaged me saying “I’m sorry you turned 21 in Uganda”. That’s quite a typical response. I talked to many of my friends yesterday and that was the on going theme. “How bad is Africa”. They all expected to hear sob stories and negative things. Today I felt so loved. Africa is like everywhere else, there are good and bad people. I used to slightly fear this place. I was initially uncomfortable stepping out of my room in the morning. Today affirmed my love and belief in this country and it’s people. I’ve begun to realize that our way isn’t always the best way. I’m definitely carrying over some Ugandan customs. Here’s a running list:

Word of the day: Connection

Studying abroad is like taking a screenshot of a moment. I’m here for three weeks. After that, life goes on. The students continue school, Omar gets older. That’s just how things go. Today, Francis’s family generously allowed us to eat with him, his family, and some of the students. I enjoyed the intimate setting about as much as the Head Boy enjoys stumping me with riddles.

“How do you make ONE disappear?”

The correct reply is “add a G and it’s gone”

Today Swabie and I “connected.” We shared our hopes and dreams and I realized that I truly saw her as a friend. Not just some cool kid I met on study abroad I can use in a slide show later, but a person that I truly care about. Honestly, I had made so many connections with these students over the past few days. Interacting with Francis and the other students made me realize just how much you as a person can impact other people. Developing those connections, opening up to each other in a very real way, is something that is so rare nowadays. These kids are sort of pure in a way. In this setting, none of us can hide behind a cellphone. We are able to authentically connect with each other. It is a beautifully pure occurrence.

Word of the day: Indebted.

“Our state needs young leaders. This is how you develop them.”

I’m indebted to the children of Bujuuko for making me a better individual. Service learning has taught me many things, but the most important is humility. Recognizing that your way isn’t always the best way and that compromising/collaborating is key. Everyone should do a service-learning trip. As Shane says, this is how you develop new leaders. Our problems aren’t one dimensional, why should our solvers be? This type of exposure to different cultures and situations is exactly what WV needs. It needs a fresh perspective. Just like some Ugandans, we have been stuck in one way of doing things. This trip has allowed me to think dynamically and operate with an open mind. The future leaders of WV can’t just be outspoken and strong, but they must be creative and flexible as well.

Word of the day: Bystander

There’s this thing we study in psychology/sociology called the bystander’s effect. Theories suggest in a large crowd people are more likely to sit and watch a particular event transpire instead of attempting to intervene ( i.e. robbery, accident).

Bystanders, my mom used to teach me they were as bad as the people causing the actual catastrophe. Bystanders see a problem and don’t offer a lending hand. They sit on the side lines and watch events unfold. I never want to be a bystander.

Tomorrow, I leave Uganda. I leave Faith, Patrick, and Trevor. Vanessa was honest with me; none of them actually expect me to return. I have a lot to do. Graduate undergrad, attend med school, and start a career. I’m just a Mzungu passing through, We did a cool thing, but that might be where it ends for me. But, I don’t want it to end. I’ve seen Uganda. I’ve seen the good and the bad and the struggle. I’ve heard dreams and I’ve met incredible people. I just don’t think this is it. This can’t be it. I don’t want to be a bystander. I don’t want Bujuuko to be just another place I’ve visited. I want to be an active participant in this change. I don’t want to be a bystander.