Roadmap to a Better School 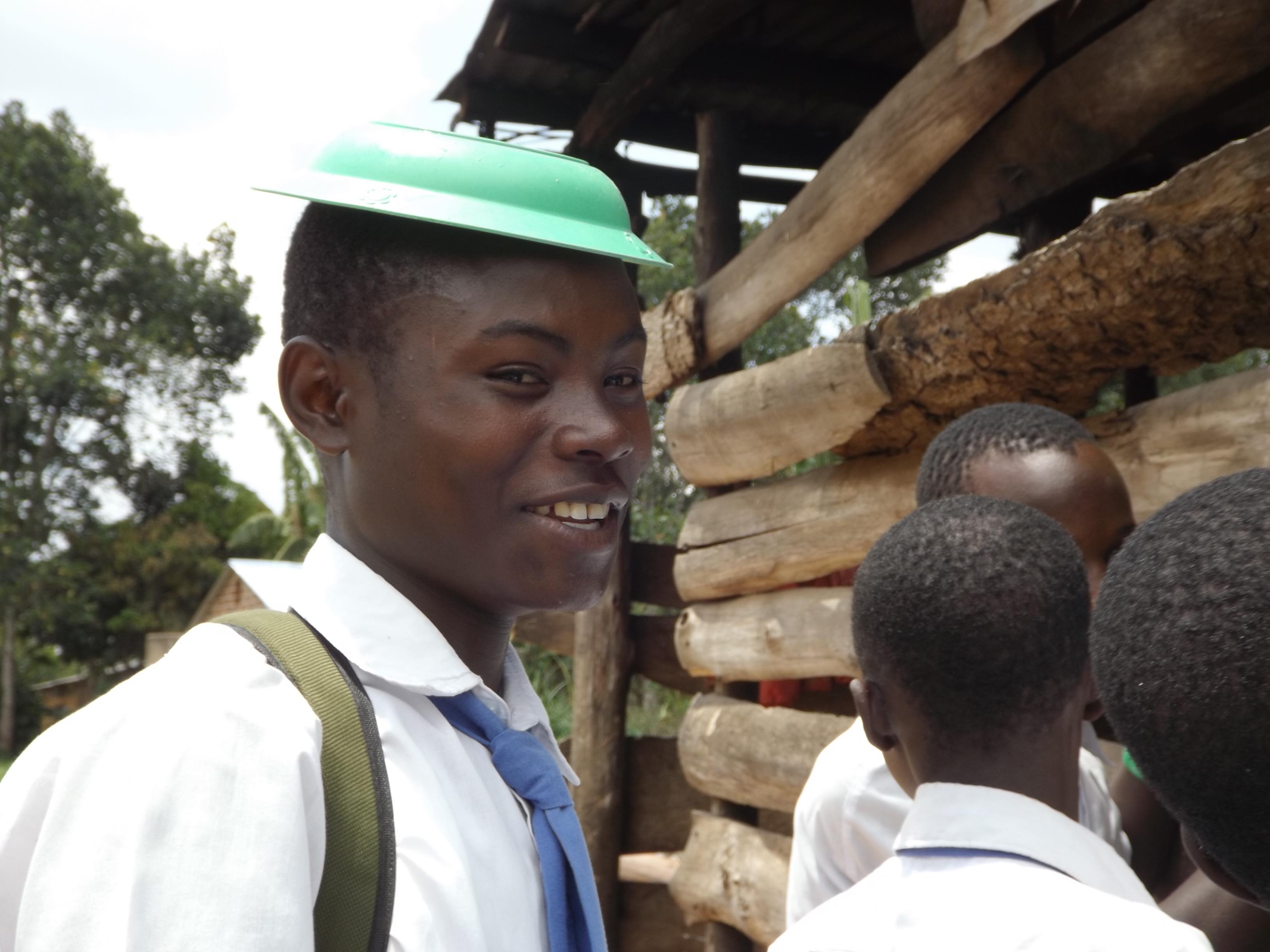 Turning school lunch on its head

The morning started out cool after the night’s rain, the third night of rain in a row and a welcome beginning of the rainy season for local farmers. By the time we stood in the field behind Bujuuko High School’s classroom, watching the students line up at the kitchen window with their plastic bowls for posho and beans, the sun was high and the day was hot.

Mandy said the kitchen “looks more like a corral” – a makeshift shelter of wooden boards nailed to four corner posts, with a dirt floor and a firepit for cooking – and cooking always the same thing, posho and beans, posho and beans.

Personally, I found my posho and beans delicious – the firm white cornmeal cake offering a nice substantial base for the salty, soupy beans – but I don’t eat it for lunch every single day.

A few minutes earlier, near the end of our meeting with all the students, Sadhat noted we were keeping them from lunch and asked them if they’d had breakfast. Most laughed or groaned “no.” For some, posho and beans is what they would have all day, that day and every school day.

Turning the Questionnaires into Real Projects

So there was a real buzz of excitement – and disbelief, or at least skepticism – when we introduced the 2017 projects that had resulted from their responses to the questionnaires.

Sadhat mentioned that a large number of students had answered that they would like more variety in the diet. For the first time in the meeting the students became animated and verbal – mostly in the form of nods and groans.

“What would you want? Would you like to have chicken here?” Sadhat asked

Dozens of students laughed, or guffawed. One student near the front said, “That’s dreaming.” More laughs.

“Dreaming? Really?” Sadhat kept going. “What else would you like? Milk?”

“Meat,” they said. “And matoke. And fish.” Sadhat wrote their responses on the board.

Sadhat pointed out that many students on their questionnaires said they had experience with animal rearing. And many others could benefit from learning to raise animals, developing a vocational skill that could allow them to start their own businesses.

“In order to have milk, you would need a few cows,” Sadhat started. “To have chicken, you would need poultry. So what if you learned to raise cows or chickens here? You would learn the business, and with what you produce, you could add more variety to the diet.”

You Had Me at Variety

The next day, we constituted a committee of about ten students, based on the skills they identified in their survey responses: animal rearing, entrepreneurship, budgeting, accounting, leadership.

The committee worked for the next week with guidance from their teachers and from us to think through all the steps that will be needed to make the project happen: A zero-grazing herd of dairy cows that they would raise and milk at the school, providing milk for their own meals or to sell for income.

The dairy work planning group, with their teacher, traveled to study a nearby dairy operation run by their school’s founder, asking questions about breeds, feed, management, and output. Based on that visit, they worked out what they would need for their own operation.

Once they identified the steps, the committees worked under the direction of their teachers to determine a budget for the project. Before I left Uganda three weeks later, we the groups delivered to us a full work plan and an itemized budget.

The development of the dairy herd will serve another goal identified by the school, offering a source of sustainable energy to fuel business start-ups the school might host – like a bakery, something currently lacking in the village of Bujuuko.

Sadhat and the head of the teacher’s committee, Frances Sserunjogi, looked at the sloping site and determined they could easily design a pen that would capture the animal waste and transport it for use in a future biogas generator.

As we worked through the school’s list of potential opportunities, we realized the synergies between them:

Improving the diet could be done by raising a dairy herd; …

Raising a dairy herd would produce waste that could be used in a biogas generator designed and built by the students as a future project; …

With the generator, the school could support new student projects like a bakery while actually lowering expenditures; …

With lower electricity expenditures, the school could use the surplus to fund other desired projects, like sports fields that would enable them to field competitive teams and attract more students, who would bring in fees to the school’s revenue ….

With higher revenues, the school could fund many other projects and improvements, all of which would pay dividends in higher performance and more students.