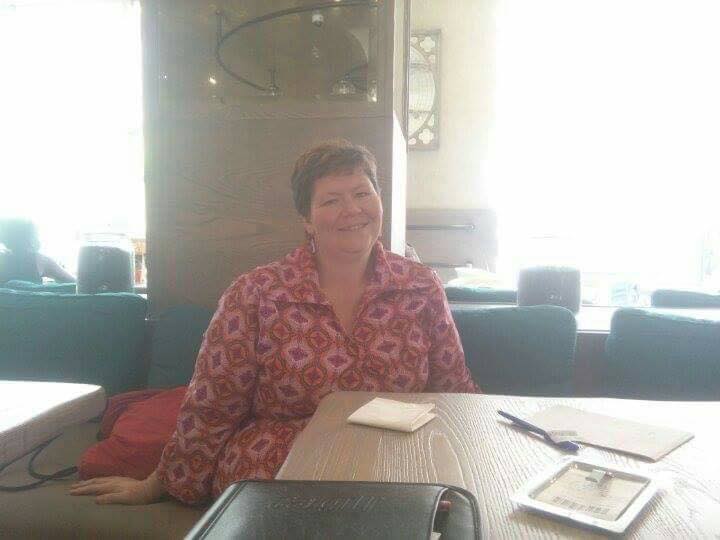 I converted to Islam ten years ago when I married my husband, Sadhat. Even though I have now been celebrating Ramadan for more than a decade, I’m still getting used to the idea of not eating from dawn to sunset. What I love about Ramadan is that, to me, it is a culmination of the Christian meanings behind Easter, Christmas, and American Thanksgiving all wrapped into one fun filled month!

Fasting during Ramadan is one of the five pillars of Islam. There is also a verse in the Quran that prescribes fasting for all Muslims who are mature and healthy enough to fast for the full day. That excludes pregnant and breastfeeding women, the elderly, and anyone whose health would be adversely affected by fasting. Muslims fast as an act of worship, a chance to get closer to God. This is similar to the reasons many Christians observe the Lenten season.

Yes, we do really fast from dawn to sunset, which means we do not eat, drink, chew gum or mints, or take medication. For me, the not drinking is the hardest. But we also must take care to keep pure in thought and deed; no badmouthing people, swearing, gossiping, or things of that nature. It also means no fighting and no sexual contact while fasting, whether you are married or not!

Another reason that we fast is because we want to feel for those who are less fortunate; we fast so that we remember how blessed we are. These are similar to the reasons we celebrate Thanksgiving. As we break our fast each evening, and the first sips of water in over 12 hours pass your lips, you are reminded that your faithfulness in Allah is enough to see you through the difficult times. As we reflect on the difficulties of our empty bellies, we empathize with those who cannot feed themselves or their families on a daily basis.

Another pillar of Islam, and something that is prominent during Ramadan, is that of Zakāt, an obligatory donation to charity or the mosque similar to tithing, and Sadaqah, a voluntary donation in addition to Zakāt. In my family growing up, a large part of our Christmas celebration was based on the giving of gifts (many times homemade treats or other useful things) to family, friends and those in need – not because we expected gifts in return, but because God blessed us by giving us enough to share. We also celebrate the end of Ramadan, called Eid, by giving gifts to each other, and having a wonderful feast with family and friends and lots of sweets – much like Christmas day, although no Santa Claus.

Zakāt is the reason that my family resides in Uganda. Sure, my husband grew up here and all his family is here. But it would have been much simpler for us to stay in the U.S. Sadhat could have found university employment that would allow him to teach and do research, something he is really missing. Not to mention many of the conveniences we miss living in a developing country.

After our third date, when Sadhat and I started talking about getting married (more on that another time!) he said to me that he was very committed to going back to Uganda after graduation. He did not want to stay in the U.S. after he finished his education, and that if I wasn’t interested in going to Uganda, we should rethink being together.

He went on to explain that although there would be immense opportunity for him to stay in the States, or even go to Europe, that would not allow him to give back, or, rather, pay forward, what was afforded to him as a needy student in Uganda. His rationale is that there are many highly qualified researchers and professors to teach and inspire students in the U.S. and Europe. But there were very few who could teach what he knew, using advanced methods, in Uganda.

You see, when Sadhat was about to enter high school, his marks on the national exam afforded him admission to one of the best schools in Uganda. Unfortunately, before he could begin, his father’s business partner embezzled all the money in their company. A bad situation got worse and worse, and it is only by the grace of Allah that Sadhat was able to graduate.

If he returned to Uganda, not only would he be able to teach in the classroom, but he could give back directly. Not just in the form of money, but also to directly contribute to students and families. Thus, Bujuuko Foundation was born.

While Bujuuko Foundation is not a faith-based charity per se, it is born out of the faith and the faithfulness of its founding members. We are part of this project because we are grateful to God for the blessings he has afforded us, and we seek to pay them forward. Ramadan Kareem to all those who may be celebrating. And to those who choose to pay forward the blessings in your life, may you be rewarded abundantly by your faithfulness.