My Home Among the Seven Hills 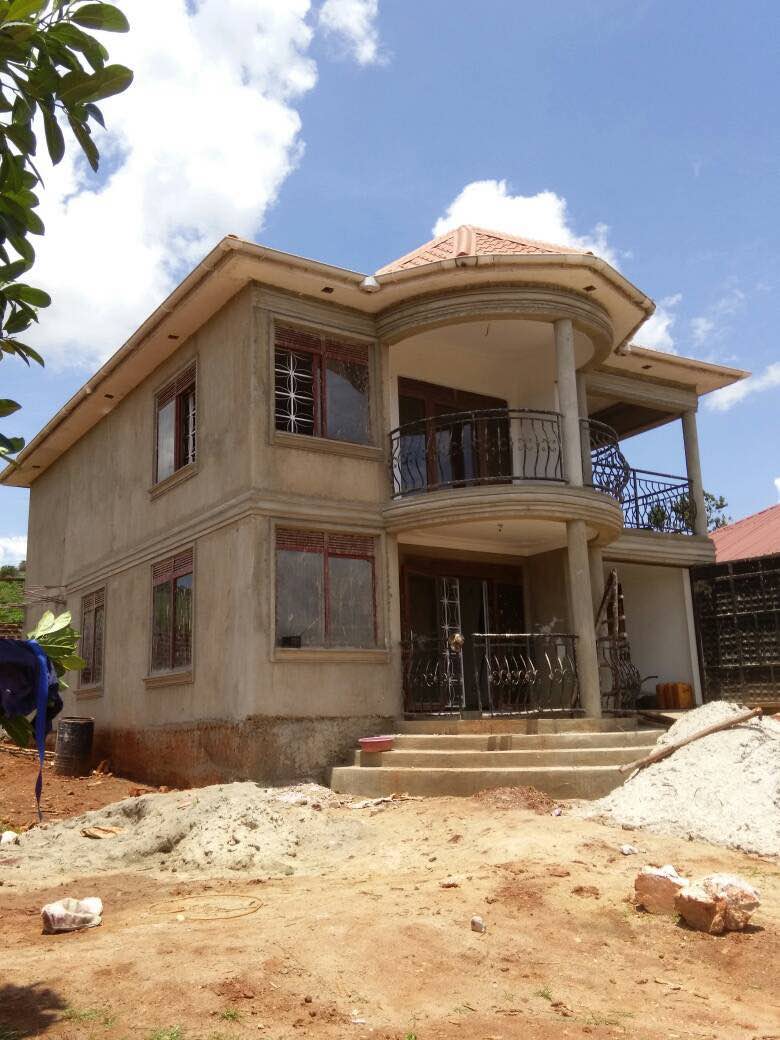 The name of this city, Kampala, resulted from a blend of English and Luganda language. Home to an abundant tribe of impala nestled among dozens of hills on the banks of Lake Victoria, the region was called “the hill of the impala” by the English, who arrived in the late nineteenth century. The local Buganda people translated this in their language to “kasozi k’empala,” or eventually just “Kampala.”

There were originally seven hills around which the city of Kampala was built. The city stands at around 3,900 feet above sea level, and a few hundred feet higher on the hilltops. The city has expanded and now covers at least twenty-one hills. Sources disagree as to which were the original seven, but hills of critical political, religious, and commercial importance include:

Bujuuko, the village where we are working, lies a little west of the larger Kampala metro area. I’m staying closer to town, with Sadhat and Mandy and their two little boys, five-year-old Omar and three-year-old Reihan. Sadhat and Mandy had this house on the edge of town built when they moved here from the U.S. two years ago.

By U.S. standards the house is very nice, and by Ugandan standards it is grand: two stories, five bedrooms, two baths (and plans for a third), indoor plumbing, electric light, and a gas stove. The bathrooms have toilets, sinks, and showers, one of them with a water heating unit.

The water comes from the National Water Company (usually), and an underground well that pumps water to a rooftop tank when National Water fails. (During my first week here, both the water company and the pump failed at the same time, and then Sadhat and some laborers had to lift water by hand from the well up to the rooftop tank.) Mandy says the electricity has been quite reliable lately, only going out briefly during storms (which often happen at night) or more rarely for a few hours in the afternoon.

At the moment, however, power in the house has been out for about forty-eight hours. We were told last night by the neighborhood chairman that the transformer blew out and all residents needed to pay 10,000 shillings (about three dollars) to get it fixed. Mandy sent Harriett, the housekeeper, with the money last night but the power still has not come back on.

We can function well enough without it, in this house, since we have many conveniences: a gas stove, an outdoor grill, and a vehicle with a battery that can charge phones and computers if necessary. I also have a couple of portable power banks to charge my phone, but I didn’t bring the right cable to charge my computer. It’s currently at 15% battery power, so my words here are numbered. We have had great Internet access using a router, although that too is running on battery now and will need a charge when we drive the car tomorrow. We are conserving router power for now (although I did use it, through the fully-charged phone, to research those details about the seven hills I described above).

These are the everyday inconveniences of a middle-class existence in Kampala. The inconveniences of a poor existence here are too many to describe. Even though this subdivision in a scenic, breezy part of the city is quickly developing with nice houses like this one, most people we walk or drive past on our way through the neighborhood are poor or very poor.

Harriett is now much better off because of her job working three days a week here, but her and her daughters’ situation is still precarious. She desperately wants her daughters to be able to go to school, but without help she could not afford even the small charges for lunch and uniforms associated with the Ugandan government’s “guarantee” of universal primary education.

On Friday, Harriett called Mandy to say she was too sick to work – a very unusual occurrence, as Harriett is hardworking and devoted to her job. She showed up Saturday morning to make up the work, but Mandy was suspicious about her claims of miraculous recovery and gave her a malaria test. It was positive. Mandy had another course of malaria medication left in the house and insisted Harriett take it.

On Saturday evening, Omar and I walked over to the place where Harriett lives, a small room in the back of a brick building containing a couple of shops about half a mile down a dusty red-dirt road from here. I knew she didn’t have a mosquito net (her girls slept under their only one), so I had just bought her one as a gift and was debating whether to give it to her immediately or as a parting gift when I left. Her illness settled that question. When Omar and I arrived, she was up hanging laundry and invited me inside. She seemed to be feeling better and assured me she would take the other dose of malaria treatment.

Around 100,000 Ugandans die of malaria-related illnesses every year, most of them children. But, as Sadhat insists, people here don’t die of malaria; they die of poverty. The medication that Mandy gave Harriett, a dihydroatemisinin and piperaquine phosphate manufactured in China, costs about 10,000 shillings – $2.78, as of the day I’m writing this. Since it is near the end of the month, Harriett likely wouldn’t have had that much to spare – and almost certainly wouldn’t have spent what she did have on herself, as she is mostly healthy and strong. But what if it was one of her daughters – five-year-old Precious or three-year-old Vanessa – who fell ill on the 24th of the month? What about so many people here who don’t have a relationship with someone they can ask for help?

Malaria is more deadly for children than adults. This week, Omar kept spiking a fever. His temperature hit at least 104.6 degrees Farenheit after school on Thursday before Mandy pulled out the thermometer, gave him a fever-reducing suppository, and held him, screaming, under a cold shower. An hour later, his fever was down to a less terrifying 102 – and he said he could not remember coming home from school or being in the shower. He had tested negative for malaria several times that week, but antibiotics weren’t helping. Mandy and Sadhat put him on a newer malaria medication, artesunate and mefloquine, manufactured in Switzerland. This “designer” malaria medication costs less than 30,000 Ugandan shillings - $8.35 as of today. Within a day on the malaria medicine, Omar got better.

Forty-two Ugandan children die of malaria every day. That $2.78 medication contains enough tablets to treat three children with malaria between the ages of two and seven, bringing the cost per treatment down to 92 cents (half that for a child under two; $1.85 for children eight to thirteen). Thus, if the world could find and share $40 each day, not one of those forty-two Ugandan children would have to die of malaria.

In Ugandan neighborhoods like this one, poverty is not something that middle-class people hear about on TV. It is next door. This urban region is not as poor as many of the villages around Uganda, which is why the city is now growing at more than four percent per year, but poverty is still the norm here.

It is common to drive down the road in this neighborhood in the morning and see dozens of children not heading to school (you can tell because all schoolchildren wear uniforms). In most cases, in this education-obsessed culture, this is a sign that their families cannot afford to educate them.

On our half-mile walk to Harriett’s place, Omar and I pass several tiny clay houses outside of which people grow their cassava or matoke to eat, raise a few goats or chickens, cook, and wash from a plastic jerrycan of water fetched from the borehole a couple of kilometers away. The little children are often excited to see muzungu (white people), and they wave and say “Hi! How are you!” in their carefully-practiced classroom English.

As Omar and I were walking to Harriett’s place on Saturday evening, a man on a picky picky (motorbike) or maybe a boda boda (motorcycle taxi) said “Muzungu!” as he passed us. Omar said, “I get tired of being called muzungu. I’m not muzungu.” With his caramel skin tone and soft curls, he looks muzungu to the muganda around him (and he rarely meets any muzungu, aside from Mommy and Aunt Alison). I told him the man was probably calling me muzungu, not him. Omar didn’t think so at first (since he is called that all the time), but after a moment of consideration he agreed. “Yes, he was probably calling you muzungu.” Muzungu is not an insult here, but it certainly marks you as an outsider, and I was happy to take the hit for Omar.

On Monday, Harriett was feeling better and was back to work. Sadhat was traveling on university business, and Mandy and I drove out to Bujuuko while the boys were at school. We returned around 6 p.m. to find Harriett cooking while Omar, Rei, Precious, and Vanessa played in the yard inside the walls that surround the property.

Omar and Rei wore their preschool uniforms, little grey golf shirts tucked into little navy shorts (well, Rei already had the pants off and soon dispatched with the shirt as well – during dinner, we looked out the window and discovered him naked and bathing happily in a basin of rainwater in the driveway, despite the rather cool rainy-season evening). Precious and Vanessa wore their school’s little green dresses with white collars and had no trouble matching Omar as he pushed his trucks up and down the driveway. We all sat down very hungry and ate the delicious meal Harriett had made: posho (a white-corn porridge similar to polenta) with eggplant and tomato sautee (well, Rei wouldn’t eat the eggplant, just the posho).

After dinner, Vanessa brought me a story book to read to her and sat on my lap to listen and turn the pages. I’ve read to the boys since I arrived, but Vanessa and Precious see me less often and have taken longer to accept me. I felt honored.

Harriett and the girls gathered their things to leave before dark. Night falls here around 7:30 – all year around, since Kampala is located about 22 miles from the Equator. In Luganda, 7 a.m. and 7 p.m. are both referred to as 1 (emu) – the first hour of morning or the first hour of night, which makes perfect sense in a culture where daylight and nightfall always occur at about the same time.

Mandy went out to retrieve some things from the car. Omar, Precious, and Vanessa raced with the trucks (Omar proudly declaring himself the repeat victor even when the girls had long since given up on the game). Rei occasionally joined in, now showered and wearing a red T-shirt and pajama pants with fire trucks on them, which fell down as he ran bent over his truck.

Picky, the lean but friendly black cat named after the motorbikes, meandered after the children. Oswald, a gray-and-white rabbit with a perpetual ochre tinge from the local soil, wandered after the rooster (Henry II), the broiler (muzungu chicken, named for his color) and the three laying hens (Winnie and her offspring, Chicka and Boom, all named by Omar). Over the property wall, I could see the other green hills of Kampala and feel the breeze in the refreshingly cool night air, around 65 degrees. I waved from the porch and shouted “bye bye” to the girls –not a professor now, just Aunt Alison, visitor and welcome.